Christine Fernandez-Maloigne is Vice-Rector of the University of Poitiers in charge of International Relations since June 1, 2016. She is a professor in image processing and her research activities focus on color and multi-variate imaging and more recently on deep learning for medical image analysis. Since the beginning of 2019, she is co-founding director of a medical imaging laboratory, I3M, shared by the CNRS, the SIEMENS company, the University and the Universitary Hospital of Poitiers. At the national level, Christine Fernandez is a member of the French National University Council (CNU) since January 2016. She is an expert for many National and European agencies. At the international level, she is the French representative of Division 8 CIE (Commission Internationale de l'Eclairage, Image Technology Division) since 2006 and secretary of this division since May 2015. She received the Augustin Fresnel prize for her work and she is an officer of the Palmes Académiques.

Responsible innovation, entrepreneurial university, translation gap, valley of death, sustainability, risk, regulation and governance broadly encompass the oeuvre of innovation studies, and are becoming ubiquitous concepts in the debate on science, technology and innovation (STI). The 21st scientist has to manage two dominant strands of scholarship within innovation studies, one influenced by economic thinking and the other STS (science–technology–society studies) to make the above claim. Keeping this as the basis of argument, the note posits that this divergence is creating impediments in developing successful models for translation of S&T for socio-economic benefits.

Norliza Mohd (abbreviated for Mohamed) Noor was a Professor in Razak Faculty of Technology and Informatics, Universiti Teknologi Malaysia (UTM), Kuala Lumpur Campus. She just retired in Dec 2021 and currently attached to Advanced Technology Solution (ATES) Sdn Bhd as one of the Director. She received her B.Sc. in Electrical Engineering from Texas Tech University in Lubbock, Texas, and Master (by research) and PhD both in Electrical Engineering from UTM. Her research areas are image processing and analysis, and machine and deep learning. She is a senior member of IEEE (since 2008) where she has been a member for more than 34 years starting as a student member while studying in the USA. From 1998-2001, she held several key positions in IEEE Malaysia Section. She was the founding chapter chair for the IEEE Signal Processing Society Malaysia Chapter in 2002 and she is now one of the advisory committee. She was the IEEE Malaysia Section Chair for 2013-2014. She is one of the General Co-Chairs for ICIP 2023.

In artificial intelligence, algorithmic bias is a real issue. It underlies the ingestion of subjective data by the machine learning model.

These biases tend to carry risks of discrimination for certain populations, reflecting those that we deplore in our society with regard to skin colour, gender, age or nationality.

So how can we recognise bias in artificial intelligence and how can we avoid it? 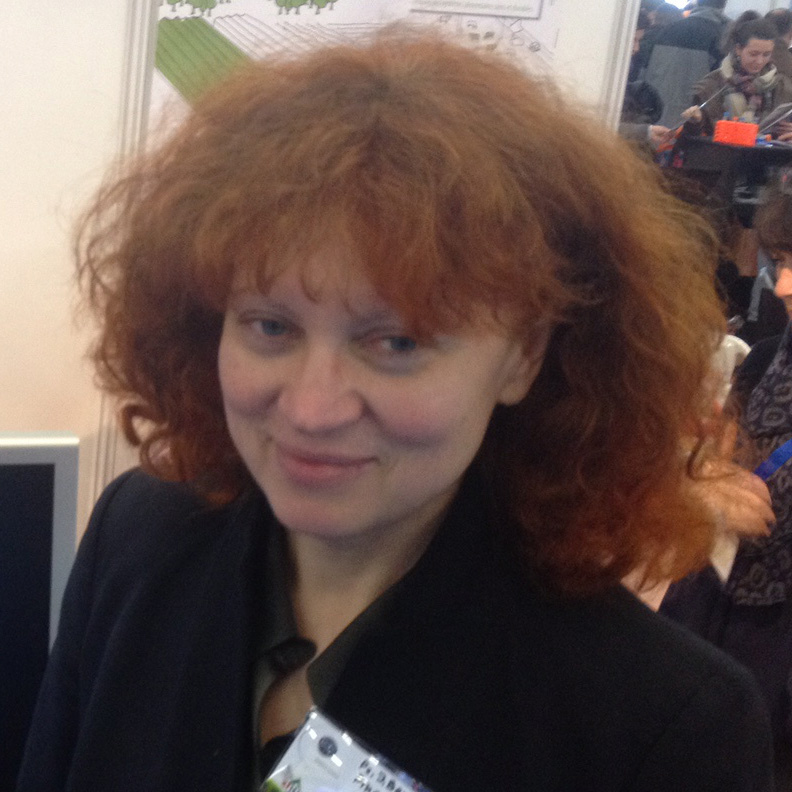 Jenny Benois-Pineau is a professor of Computer Science at the University Bordeaux. Her topics of interest include image/multimedia, artificial intelligence in multimedia and healthcare. She is the author and co-author of more than 200 papers in international journals, conference proceedings, books and book chapters. She has tutored and co-tutored 28 PhD students. She is area editor of SPIC, ACM MTAP, senior associated editor JEI SPIE journals. She has served in numerous program committees in international conferences: ACM MM, ICMR, CIVR, CBMI, IPTA, MMM, and organized WS and a video track at ACM MM, ICPR… She has been coordinator or leading researcher in EU – funded and French national research projects. She has been an expert for EU calls in digital content and health and French National Agency of Research (ANR). She is chair of International Relations of School of Sciences and Technologies of the University of Bordeaux, comprising circa 9500 students. She is a member of IEEE TC IVMSP. She has Knight of Academic Palms grade.

Dr. Mamadou Kaba Traoré is a full professor of Computer, Automatic and Signal Engineering at the University of Bordeaux.

He was born in 1965 in Bamako (Mali), where he did all his studies until the A-levels (Math and Physics).

After graduating from a high school, he obtained a scholarship of excellence from the French Government, and he came to the University of Clermont-Ferrand to begin and continue his studies.

Dr. Mamadou Kaba Traoré has invested a lot in knowledge transfer to Africa, which led him to co-develop several initiatives funded by the European Union and the World Bank, including the TOKTEN (Transfer of Knowledge through Expatriate Nationals) programme in Mali from 2001 to 2011, the EDULINK-RAMSES project in Burkina Faso, Congo and Chad from 2009 to 2012, and the AUST (African University of Science and Technology) initiative sponsored by Nelson Mandela and launched in 2003.

He became a Professor at the AUST in 2012, and served as interim President of this pan-African university from 2012 to 2014.

Since 2019, Dr. Mamadou Kaba Traoré has been Professor of Computer, Automatic and Signal Engineering at the University of Bordeaux. Since 2020, he coordinates the International Master Enterprise Engineering of the Engineering Department of Scholl of Sciences and Technologies, and he is Deputy Director of the IMS laboratory (UMR 5218) since January 2022.

Diversity: a story of success

Nature teaches that diversity drives evolution. During this speech, Prof. Menegaz will provide a holistic perspective on the importance of diversity in many respects, inspired by well-known naturalistic concepts and providing hints for possibly shaping them to the Academic context. This will constitute the basis for introducing some more concrete challenges that can hinder the path of bright researchers and humble advice on how to keep the rudder straight.

Gloria Menegaz is Professor of Bioengineering at the Dept. of Computer Science, University of Verona (Italy), where she leads the BraiNAVLab. She holds a PhD in Applied Sciences (EPFL 2000), a MSc in Electronic Engineer (1993) and a post-grade Master's in information technology (1995) (Politecnico di Milano, Italy). From 2000 to 2002 she was first research assistant at the Telecommunications Lab (LCAV) of EPFL, that she left to join the Computer Science Dept. of the University of Fribourg (Switzerland) as an Assistant Professor. In 2004 she was awarded the Rita Levi Montalcini grant by the Italian Ministry of University and Research (MIUR)(DM 20/03/2003 n. 501) and joined the Dept. of Information Engineering of the University of Siena (Italy) as an Assistant Professor. In 2007 she joined the Dept. of Computer Science of the University of Verona (Italy) as an Associate Professor in Computer Science and became full Professor in Computer Science in 2017 and Professor in Bioengineering (ING-INF/06) in 2021. Prof. Menegaz is a Senior Member of the Institute of Electrical and Electronics Engineers (IEEE, 2017, valued member 1995-2017), and member of the IEEE Woman in Engineering since 2000. She is a member of the Signal Processing Society (SPS) and the IEEE Engineering in Medicine and Biology Society (EMBS), Liason representative of the IEEE-SPS at the IEEE Transactions on Medical Imaging (TMI), Member of the Medical Image Computing and Computer Assisted Intervention Society (MICCAI) Special Interest Group on Biomedical Image Analysis Challenges (SIG-BIAC) and co-chair of the TC on Challenges & Data Collections (CDC) of the IEEE Bioimaging and Signal Processing (BISP) Technical Committee). She is also a Member of the Ad Hoc Group (AHG) on Digital Media Storage using DNA (JPEG-DNA) and Observer for the DICOM WG-32 (Neurophysiology data). She is Associate Editor for IEEE-SPL, Editorial Board Member of Scientific Reports (Nature portfolio), Guest Editor of the IEEE-SPM and Review Editor for Frontiers journal on Computational BioImaging (Front. in Bioinformatics) and Computer Vision. She has been Vice-Chair for the FET-REA and the MSCA-IF for many years and Independent Expert for many international funding Institutions. She authored more than 120 publications in international journals and conference proceedings and one patent, has organized many Special Sessions and served as chair, area chair and technical committee member for many international conferences, especially of the IEEE. Prof. Menegaz holds a highly interdisciplinary profile. Her research activity on neuroimaging, imaging genetics and numerical biomarker discovery relying on classical and AI (statistical/machine/deep learning) focusing on explainable methods. 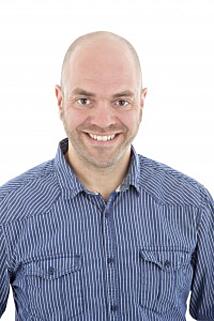 Your Job Hunt: An interactive session on interviews and more

In this session, we´ll discuss:

Dr. Philipp Gramlich has studied and researched chemistry (>3000 citations, Google Scholar 2022) at five universities in Germany, Australia and Scotland. He gained experience in industry, first at baseclick, a biotechnology start-up and later at Eurofins Genomics as Teamleader R&D, QC and Analytics, being responsible for up to 22 staff. Since 2016, he is fully focusing on his work as co-founder of NaturalScience.Careers. He specialises in seminars and talks about career development, leadership and presentation skills. Since 2016, he regularly writes career columns for Nachrichten aus der Chemie.