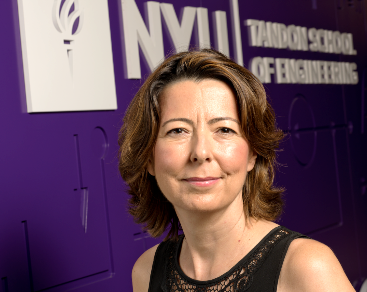 Bio: JELENA KOVAČEVIĆ received a Ph.D. degree from Columbia University. She then joined Bell Labs, followed by Carnegie Mellon University in 2003, where she was the Hamerschlag University Professor and Head of the Department of ECE, and a Professor of BME. She is currently the William R. Berkley Professor and Dean of the Tandon School of Engineering at New York University. She received the IEEE Signal Processing Society Technical Achievement Award, Dowd Fellowship at CMU, Belgrade October Prize, and the E.I. Jury Award at Columbia University. She has co-authored a number of award-winning papers and is a co-author of the textbooks Wavelets and Subband Coding and Foundations of Signal Processing. Dr. Kovačević is the Fellow of the IEEE and was the Editor-in-Chief of the IEEE Transactions on Image Processing. She was a keynote speaker at a number of meetings and has been involved in organizing numerous conferences. Her research interests include applying data science to a number of domains such as biology, medicine and smart infrastructure; she is an authority on multiresolution techniques, such as wavelets and frames.

Abstract: Dr. Kovacevic will share her personal story and thoughts on how her thinking transformed on the subject over the years starting as a little “math geek”, through high-school and university years, followed by PhD at Columbia University and her career since. She will share how the position of Department Head of ECE at Carnegie Mellon helped evolve her thinking and what she is doing as the Dean of the NYU Tandon School of Engineering. 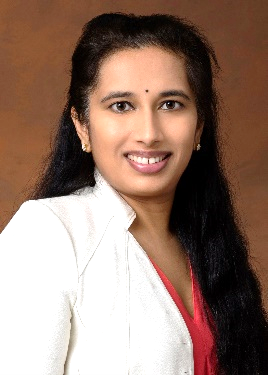 Bio: Dr. Swati Mohan joined NASA Jet Propulsion Laboratory first in 2004, after completing her B.S from Cornell University in Mechanical & Aerospace Engineering. After working as a systems engineer on Cassini during Saturn Orbit Insertion and Huygens Probe release, she returned to graduate school in 2005 to MIT. Dr. Mohan received her M.S. and Ph.D in Aeronautics/Astronautics from the MIT Space Systems Laboratory. Since her return to JPL in 2010, Dr. Mohan has worked on multiple missions such as GRAIL and OCO-3. Swati also co-founded and manages the Small Satellite Dynamics Testbed. For the past 8 years, she has been the Lead Guidance, Navigation, and Controls Systems Engineer for Mars 2020 Perseverance rover, focusing on Cruise and EDL. For the last year, her role was the Mars 2020 Guidance, Navigation, and Controls Operations Lead. Dr. Mohan was the mission commentator for the landing of the Perseverance rover on February 18, 2021. She is currently the supervisor for the Guidance, Navigation, and Controls Systems Engineering group at NASA Jet Propulsion Laboratory.

Abstract: On February 18, 2021, the Perseverance rover touched down safely on the surface of Mars. Those final “7 minutes of terror” were preceded with years of hard work from the diverse team that formed the Mars 2020 Entry, Descent, and Landing team. This talk gives a glimpse into the personal life journey of Perseverance landing mission commentator, Dr. Swati Mohan. Dr. Mohan reflects on the life lessons that have helped her get to where she is today: 1) knowing yourself, 2) creating a support system, and 3) actively doing your best. These three tenets are described using stories from her past to highlight the importance in shaping her path, to JPL and to the Mars 2020 Entry, Descent, and Landing team. 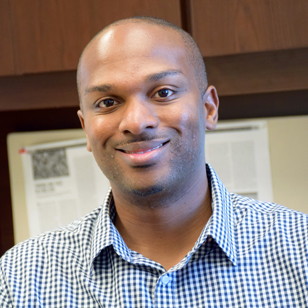 Bio: Dr. Williamson is an Assistant Professor in the Department of Computer Science at Indiana University (IU), where he is also a member of the Data Science and Cognitive Science programs. He received his Ph.D. in computer science and engineering from The Ohio State University, a M.S. in electrical engineering from Drexel University and his B.E.E. from the University of Delaware. Prior to earning his Ph.D., he was a Member of the Engineering Staff at Lockheed Martin. His research interests are at the intersections of speech, human computer interaction, machine learning, and signal processing. He is the recipient of a Toyota Research Institute award, an IU Faculty Research Support Program award, and two NSF awards, including an NSF CRII and NSF CAREER award.

Title: The Winding Path to a Career in Academia

Abstract: For some, the path to a career in academia is straight and narrow. They have clearly defined goals and objectives that guide them from undergraduate students to Ph.D. students and finally to a faculty position. For others, like me, the path to a faculty position involves many turns, since the final objectives may be somewhat blurry. In this talk, I will discuss how a career in academia is possible, even when you may be unsure of your overall goals. In particular, I will discuss how weighing different career options (e.g. industry vs academia, Master’s vs Ph.D., etc.) can be helpful to you as you navigate a career in academia. Along the way, I will discuss my engineering experiences and corresponding research efforts.